Get futher information about our activities and packages

A journal account of my experience joining a Women’s Surf Weekend in Cornwall...

7 things that won’t happen when coasteering in cornwall

Everything you need to know about bellyboarding

Coasteering – what exactly is it?

6 coasteering insights you & your friends need to know

Activities in newquay: why we love adventure activities (and you should too!)

12 things you need to know before coasteering

Coasteering – it’s not as scary as you think!

Give us a call, send us an email or simply fill out the quick form below to enquire about our Adventure weekends, Surfing and Coasteering activities in Newquay. Reach out to us anytime. 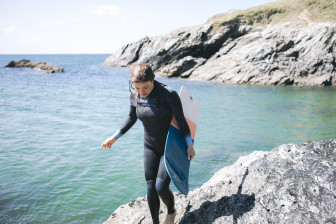 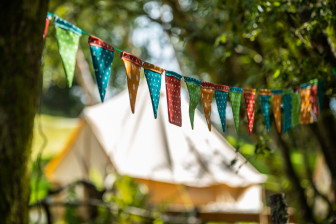 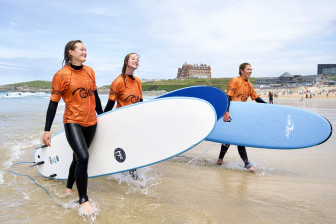 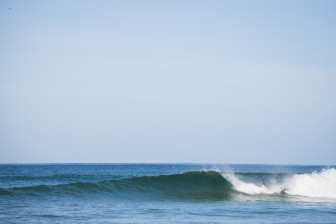 WHAT WAS I THINKING? Not going to lie, as I was driving down to Newquay on the Friday afternoon the nerves of meeting lots of new people and arriving by myself was making me think if this was a good idea, but straight away our hosts for the weekend instantly made us all feel welcome and any nerves I did have were soon gone. 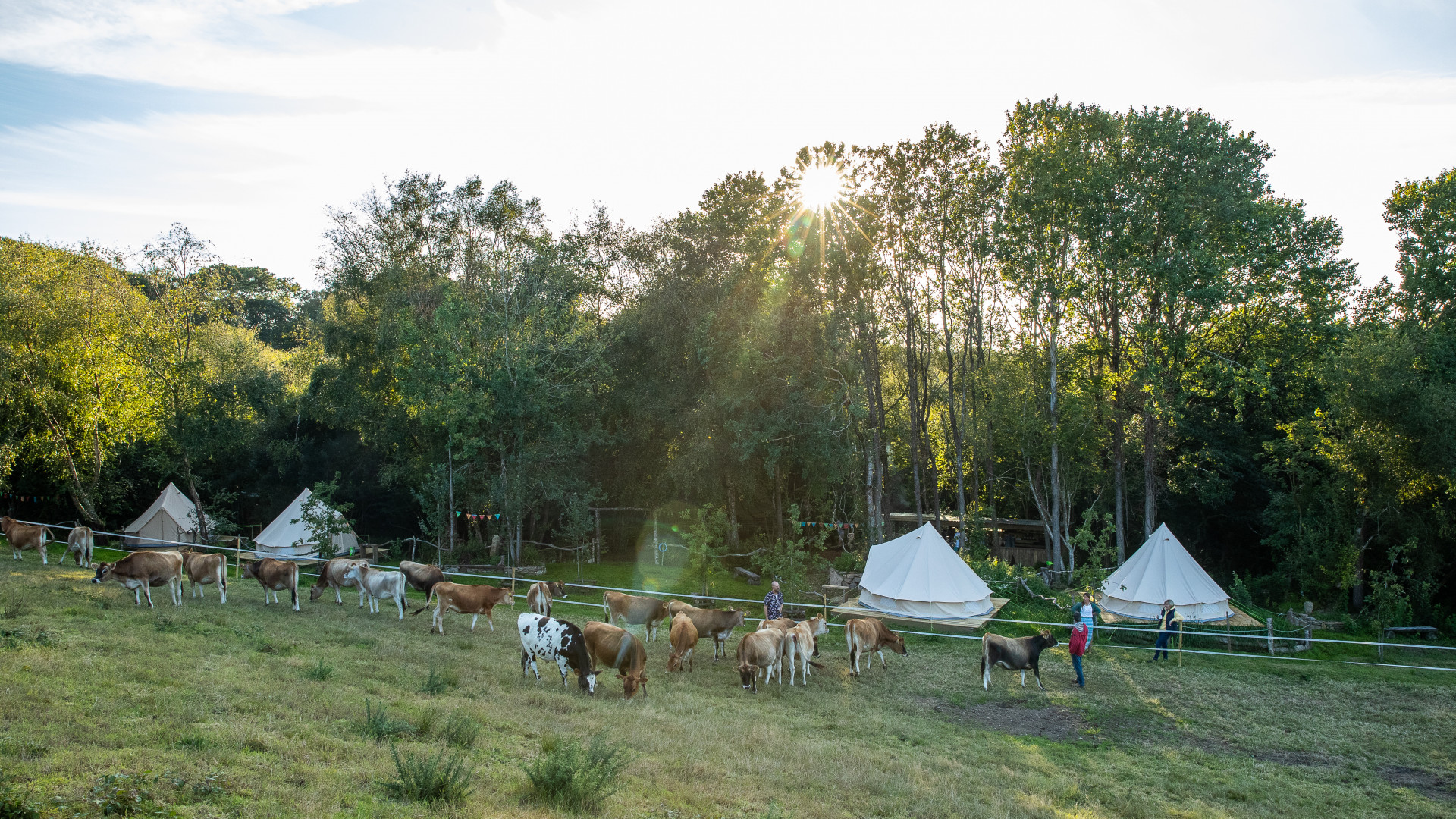 We met around 6pm at the Cornish Wave shop in Newquay, and once we had all said our hellos we made our way to their wild camp for the first evening. One word. Wow.

It says wild camping and yes, it has that rugged look and charm but I was so so surprised and pleased with the amount of hidden luxury that was there. We had composting toilets which were actually super cute with painted panels, plants…very on trend. The bell tents were carpeted and were all on decks definitely making it feel a little more substantial than just a tent in a woodland!

The hosts gave us a tour of the woodland, which also included an axe throwing area (more on that later), a fully equipped kitchen, games area, BBQ area and a communal fire pit which was underneath a massive military parachute.

If this is wild camping, I can more than cope with this!

The first evening was a mixture of everyone getting to know one another, a glass or 2 of our drink of choice (Merlot every time for me) and I was pleasantly surprised that I was 1 of 5 other solo travellers on this weekend. I shared a tent with 2 other solo travellers, and I have to say, the tents were immaculate and quite spacious with three girls and all of our luggage…it seems I’m not the only one to pack for every eventuality! 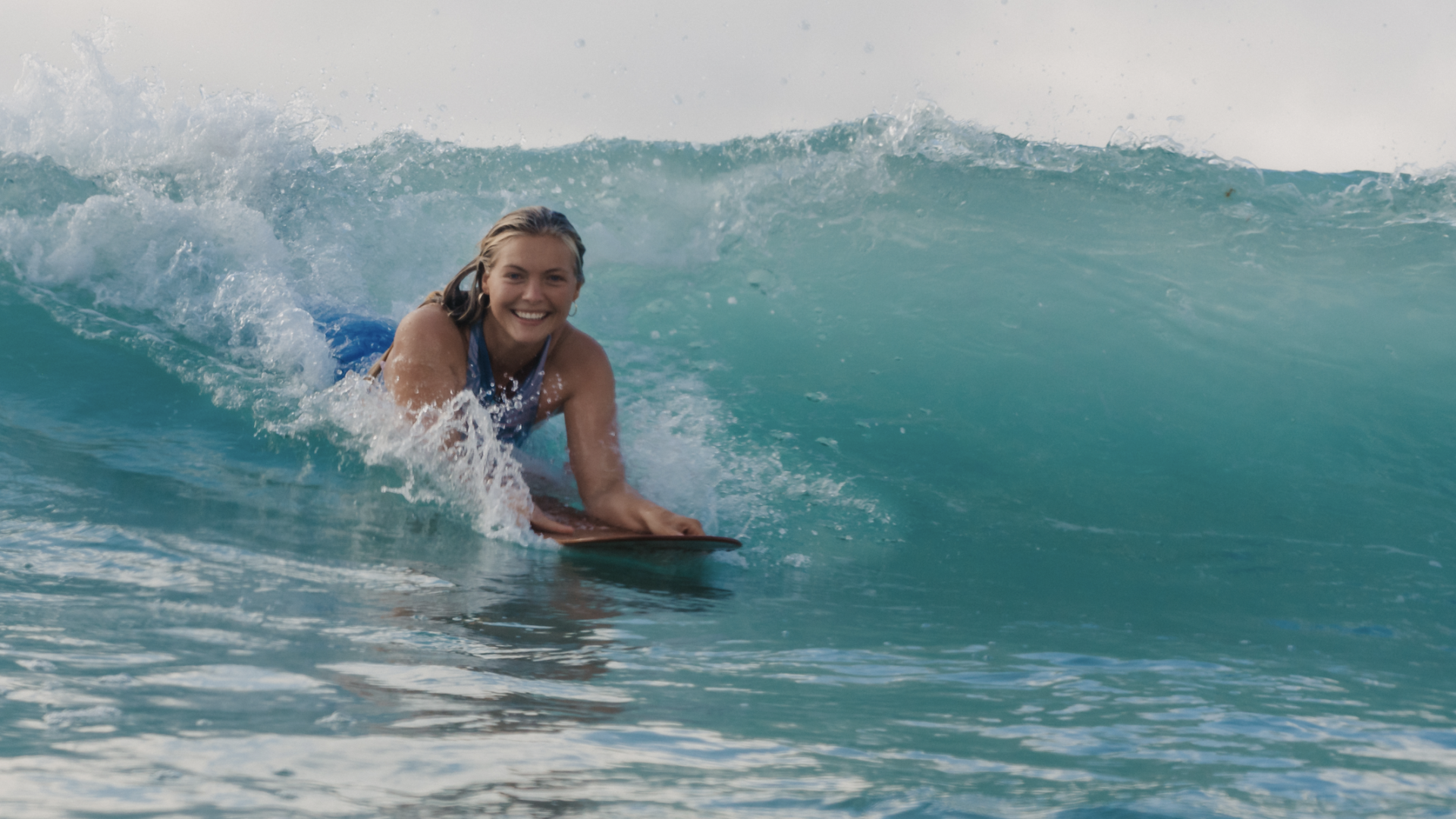 Our first morning at Cornish Wave’s wild camp started with an obligatory coffee and breakfast of cereals and fruit, which was all provided by the team. Our Hosts then gave us a quick brief of the day’s itinerary and we headed back into Newquay by car for our first activity, Classic Bellyboarding.

Full disclosure, I am not a surfer by any stretch of the imagination, but I do love the sea so when I saw that the Women’s Surf Weekend included classic bellyboarding on the old school wooden boards, I was sold. All of our wetsuits and kit were provided by the team at the changing rooms and main shop which is slap bang in the middle of town, and our Bellyboard session was a less than 5 min walk. Our guide gave us the 411 on how to Bellyboard correctly, and there was more to catching a wave on one of these boards than I realised…again I am not a surfer but by the end of the session, I caught an unbroken wave in what the instructors called ‘out the back’ (which to you and me means I caught a wave when I was out of my depth and the wave had only just started forming). The other girls and I had so much fun, and I really felt like I had known the other women for years. Everything about the session was relaxed but with the right amount of direction so we could get the most out of it.

Once we were suitably Belly-boarded out, we headed back to the changing rooms and hit the town to find some lunch. Newquay has that great mix of Cornish meets trendy meets there's something for everyone in the way of food. We opted for avocado on toast (10/10) at the Fore Street Cafe, handily only next door to Cornish Wave’s shop. Along with some of the other women, we browsed a few of the local surf shops and was able to have a bit of down time before the afternoon!

Our next session was surfing back at the same beach we were at in the morning. Our hosts for the weekend were great at getting us all pumped for the session and I think I can speak on behalf of everyone, that following the morning’s Bellyboarding session, we were all quietly confident that we were going to nail surfing too…

Okay, so we all didn’t quite “nail” surfing but it was just as much fun. I think I have surfed twice before and both times it was feeble attempts. This session was focused, our instructor gave us such good tips on how to handle the surfboard, and little tricks to help us keep balance. I can officially say that the majority of us stood up on a wave, and as a collective, we did say it doesn't matter for how long… as long as you are on your feet, it counts!! Also - by this point, all of us had gelled so well as a group, we were all so encouraging of one another, and I felt like I had made 9 other Surf girl friends for life. 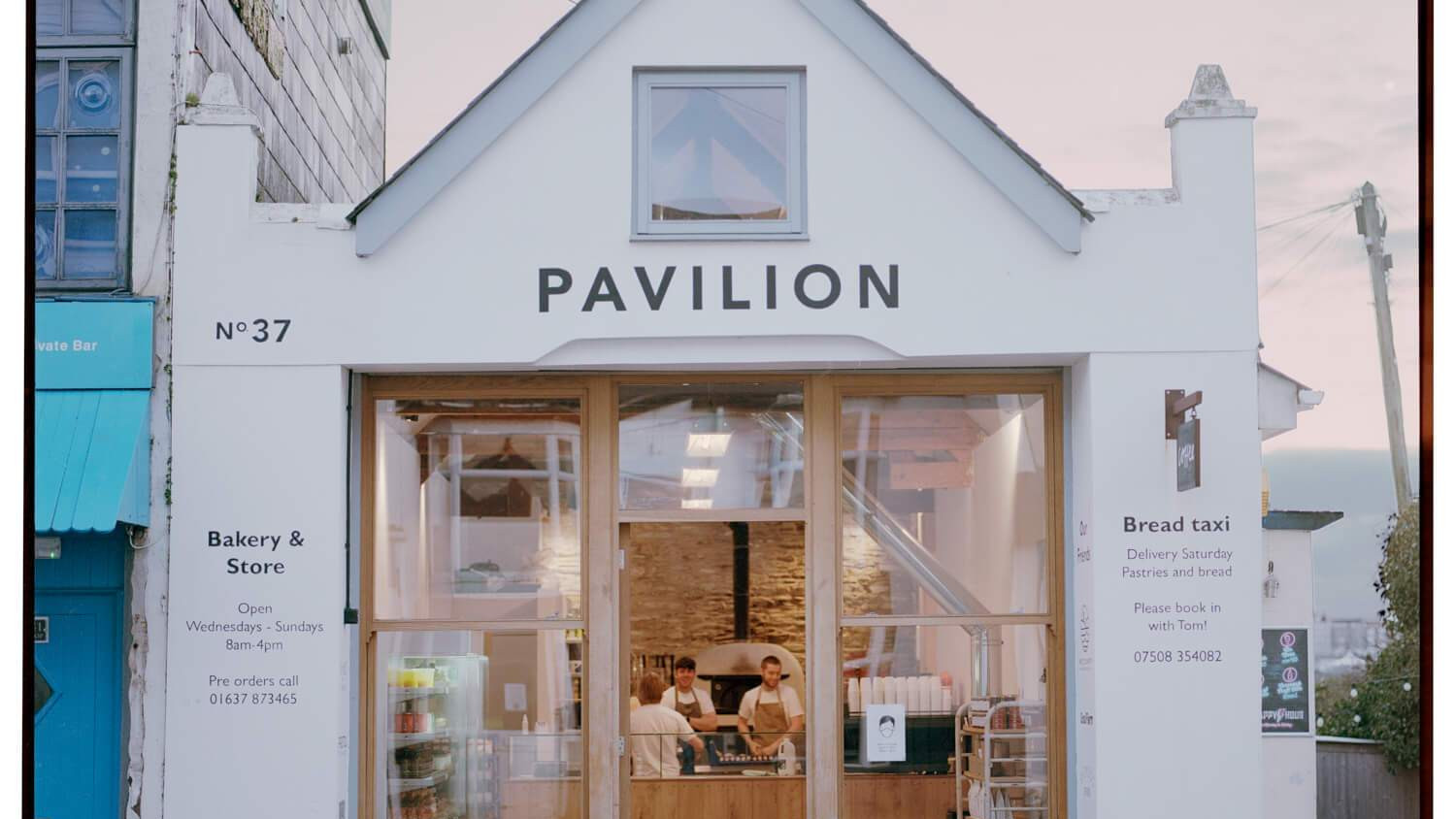 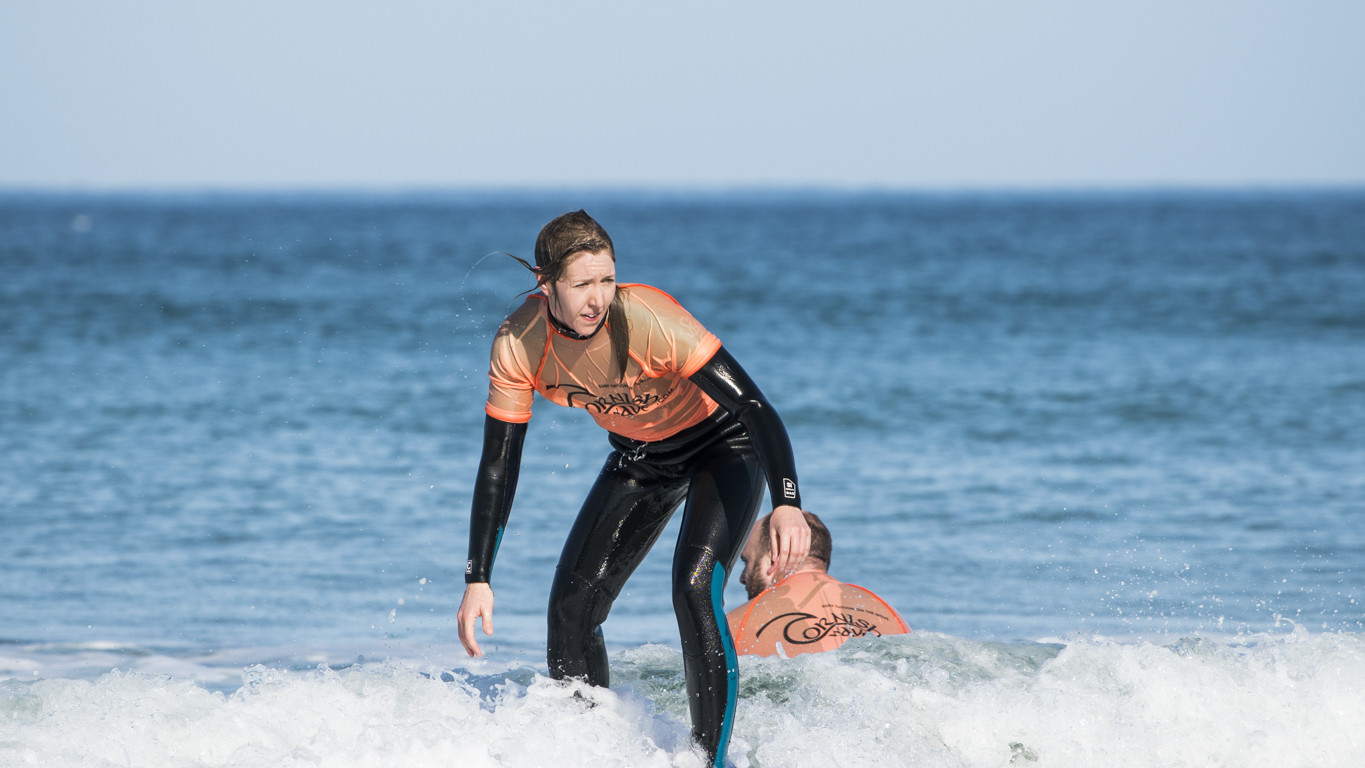 We had some time before heading back to our camp to go to the local Sainsburys as this was the BBQ night, so we needed to arm ourselves with the BBQ’ing food essentials. The second evening at the camp involved voting a camp chef (and she was a chef so we had all lucked out!) and a very competitive axe throwing tournament. I was terrible and got eliminated in the first round, but the other girls did pretty well!

The camp itself as it got dark was lit with candles and fairy lights, and truly was something out of instagram. The hosts from Cornish Wave stayed with us and joined in the games, and chat as we all reflected on what an epic day we have all had. My top tip would be to bring layers! Whilst the camp and the bell tents are super cosy, it can get chilly!

Our last morning in the camp started like the one before, oodles of coffee and a camp breakfast. I have to be honest, I was feeling a little achy from the activities the day before, but it wasn't long until we were heading back to Newquay to get into those wetsuits for our last surf lesson. Our second lesson definitely upped a level and some of us were trying to catch unbroken wave “out back”. As what has become our usual, there was plenty of laughs, tons of encouragement and of course shakas thrown around like nobody’s business. I had found my girl gang.

After our lesson, we were all well and truly activity’d out. I can’t lie, I was a little sad when it came to the goodbyes, the weekend went so so quickly. The instructors and hosts of our weekend were amazing, and made us all feel like one of the team right from the get go. I couldn’t believe I had been nervous about joining this weekend, when (all out cringe here) its been one of the best weekends I’ve ever had. I’ve made friends who I’ll stay in contact with, and I’m unashamedly a little addicted to Belly boarding and will certainly be back for another Adventure Weekend with Cornish Wave.

You can learn more about our Adventure Weekends & Womens Surf Camps here...

Accept
Cookie Services
When you visit any web site, it may store or retrieve information on your browser, mostly in the form of cookies. Control your personal Cookie Services here.